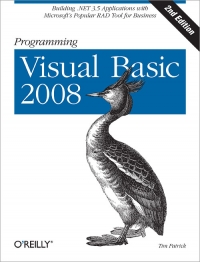 Ever since Visual Basic was merged into .NET, it's become the core language for creating business applications with Windows. The latest version, VB 2008, is even more useful -- and provides even more incentive for migrating from VB 6. All it lacks is a good book on how to harness its power. Programming Visual Basic 2008 fills the void.

Written in a lively and engaging style by a developer who's grown up with Visual Basic, including both VB 6 and VB .NET, this hands-on guide addresses the core topics of the new VB, from basic to complex, with plenty of code examples.

Programming Visual Basic 2008 also examines .NET programming from the application level with a chapter-by-chapter plan for developing, documenting, and deploying a full data-driven application. You learn, step-by-step, how to build and deploy a library management system, complete with patron, inventory, and barcode support. 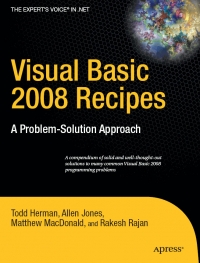 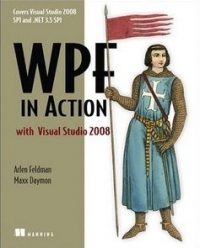 WPF in Action with Visual Studio 2008 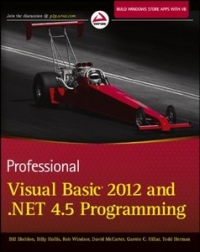 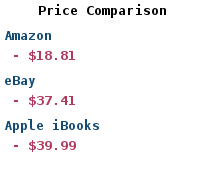